Back in 2008 I proposed to Yuko on Tanise no Tsuribashi and we went back there on a little trip 8 years later and now with an extra passenger in the car. 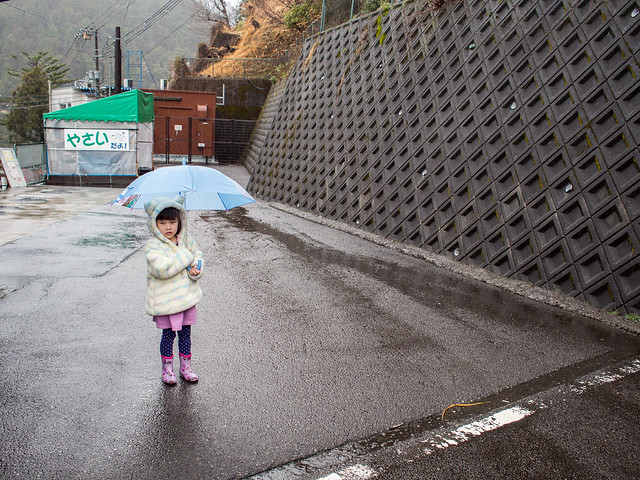 Here's our extra passenger. She got a car sick throughout the trip. To many windy roads and Dada's crazy driving. 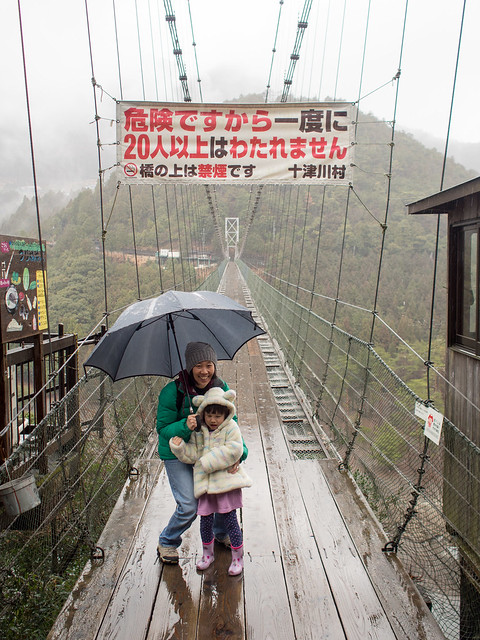 The bridge was pretty scary at first. I'm sure the slippery wood and the rain didn't help either. 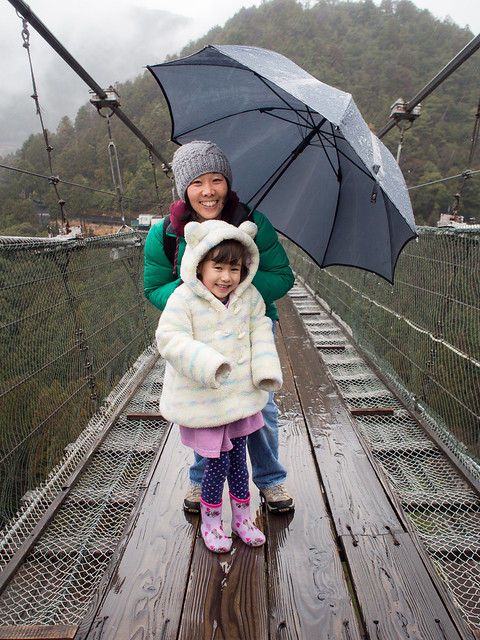 Pretty soon into the walk across the bridge Mia got use to it. 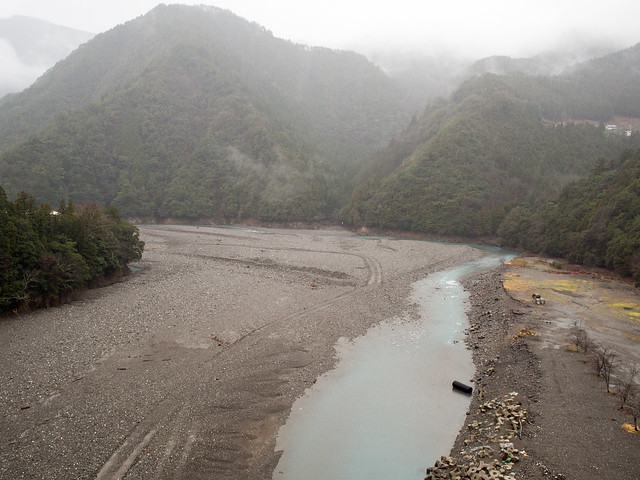 It's pretty high up. 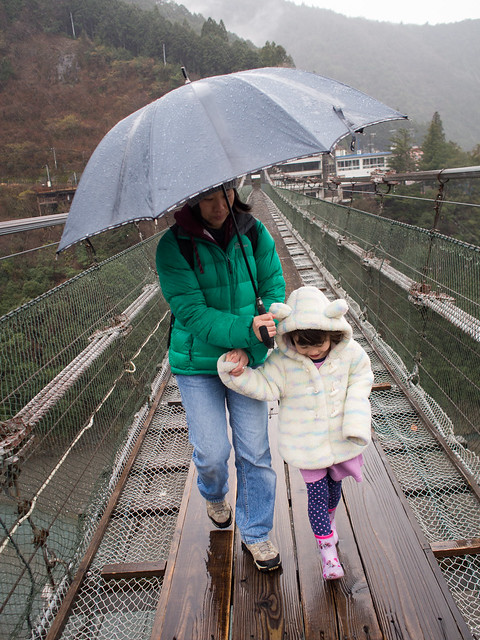 After the fist half we were crossing the bridge with no problems. But she wanted to hold our hands. 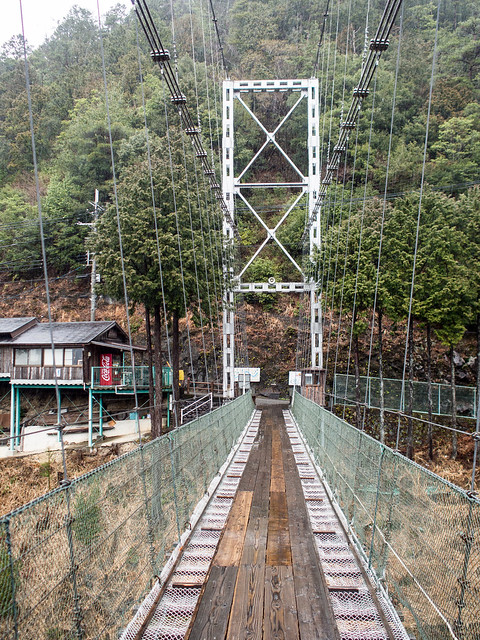 Almost to the end. 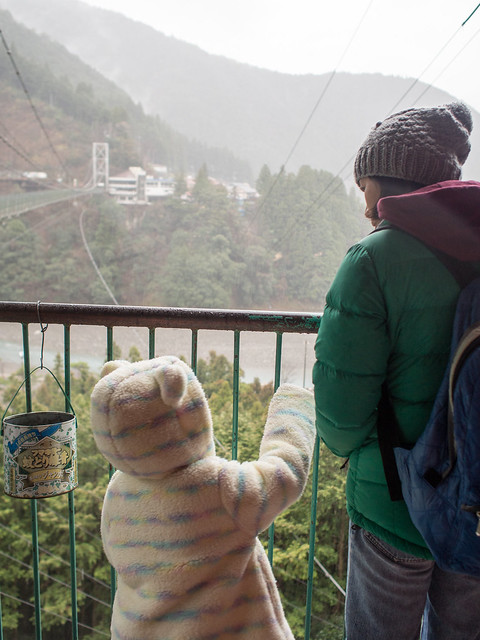 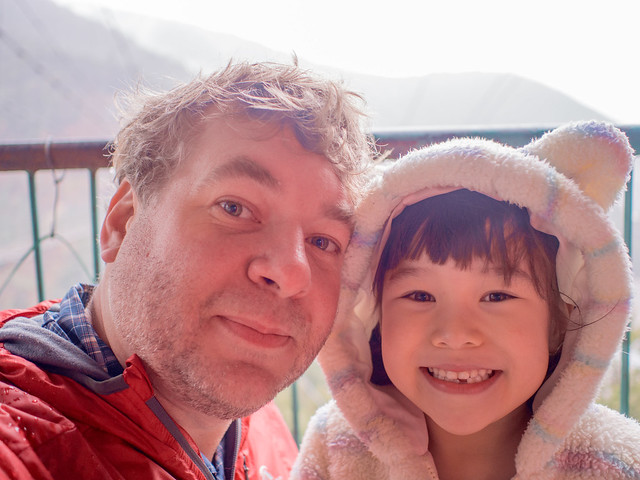 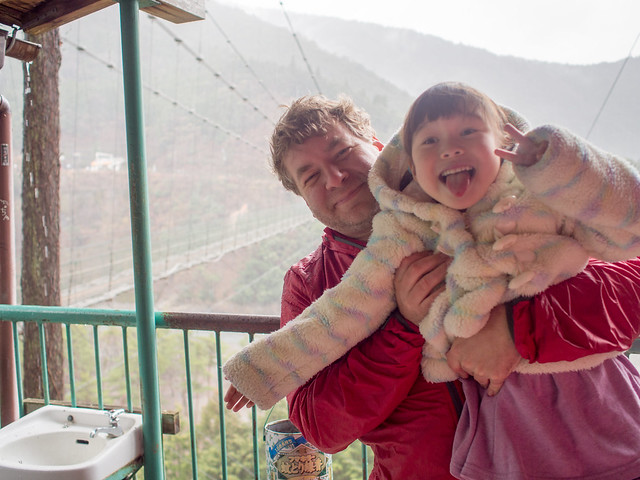 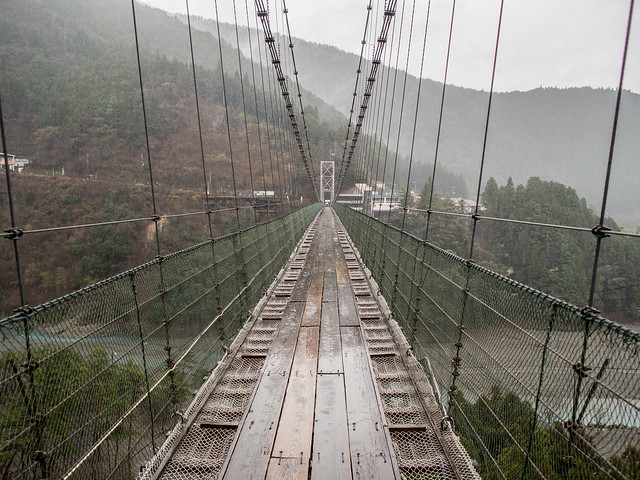 It was wet and cold so we returned quickly. 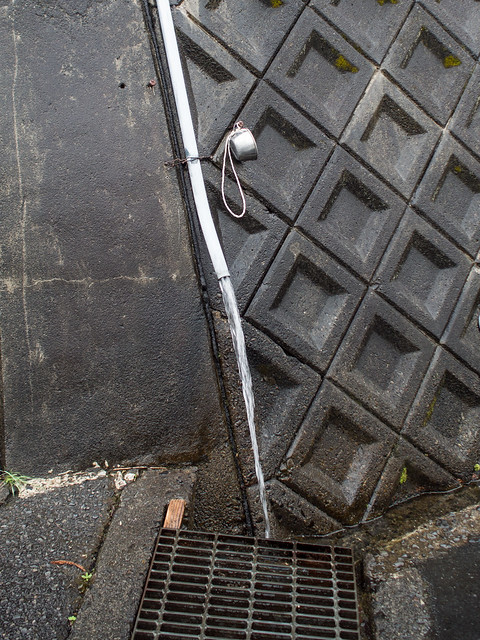 I'm happy to say that the cup and the great spring water is still flowing.
No comments: 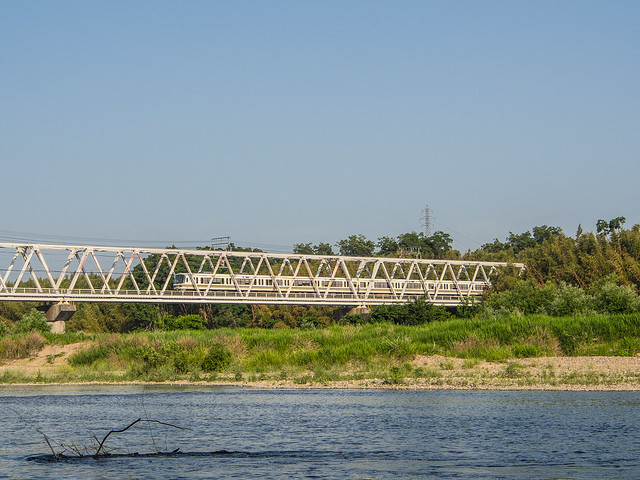 My first job in Japan was in the suburb of Sanda. Trains on the JR Fukuchiyama Line would originate there travel down the mountains to Amagasaki before going under Osaka city center and coming out at Kyobashi on the loop line. This line, Katamachi Line, would then curve over the mountains and down to a station called Kizu in far south of Kyoto Prefecture. I always wondered where the trains that I took on many a trip into Osaka would end up, but never got much farther than Kyobashi. On a whim a few Sundays ago I rode the line to the end starting at Kitashinchi after doing some shopping in Umeda.

Emerging from under the earth at Kyobashi, the double track then runs elevated partially through eastern Osaka city into the carpet of low-rise buildings that makes up Daito and Hirakata cities. Eventually more and more open areas appeared and more and more farms showed up and the train pulled away from Osaka city. At Matsuiyamate Station the line becomes single track and does some snaking through some nature only to quickly emerge back into the quasi-suburban quasi-rural landscape that the train runs through till its terminus at Kizu. The amount of new construction along the line between Matsuiyamate was quite amazing. Who is exactly buying all these houses? I looks like the cities in east of Los Angeles that were all built up during the housing bubble of the 2000’s. I guess that many of these houses are owned by families looking for more space, the Japanese version of the American Dream: a car, 0.7 kids, a pet, and an insanely long commute into the city for work.

It was interesting to finally see Kizu Station, named after the village and river its located in and next to. To the east are more and more mountains with less and less people. I have actually traveled through this station before taking the Kansai Main Line to Kameoka in Mie. Trains end up here taking the “low road” (as compared to the Katamachi Line’s “high road”) around the mountains starting at Tennoji Station. They head past Nara Station and Kizu Station before reaching the point where the express trains stop and the few and infrequent rural local trains start at Kamo.

I looked for a short walk from Kizu Station to another station near by and chose heading towards Kyoto following the JR Nara Line. After crossing the Kizu River I looped back under the bridge and cut through some heavy growth to get some photos of trains on the Nara Line crossing the Kizu River. Hopefully one will show up on next years train calendar. It was great being there under the bridge, listening to the birds, watching the water, and waiting for the next train so I could snap some more photos.

Back up and over the banks I found my way to Kamikoma Station passing by some great old buildings and a maccha farm. The little park in front of the station was so serene covered in long late afternoon shadows. Taking the next train I eventually cut over to the Kintetsu Line and got to Ikoma where I found a classic sento for a well needed bath and headed home (via the “middle road”). A great day exploring in the early summer. 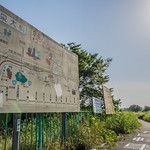 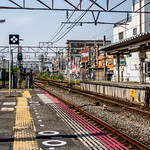 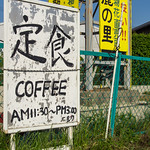 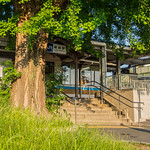 Tanba, Hyogo 兵庫県丹波市, a set on Flickr.
Went to the relatives house up in Tanba yesterday and that gave me a chance to try out the new camera. I've dropped the big Canon 40D for a new, lighter, and smaller Olympus OMD EM-5 and I love it. Great shots and control. Got to get use to the feeling of the Olympus over the Canon. Overall it's a great camera and really fun to take out on a photo walk.
1 comment:

On April 6th the Modern Transportation Museum is closing. The museum is no longer modern, but was a great place to take kids. It will be crowded, but if you have the chance to make it to Bentencho Station (弁天町駅) between now an the 6th I totally recommend it. Thankfully many of the exibits will be moved to the second JR West run train museum near Kyoto Station.

What made the Modern Transportation Museum so fun was all the great hands on exhibits. You could climb into the cab of an original first generation Shinkansen, reprogram a signboard, and open and close a real train door. The museum was also very affordable at only ¥400 for adults and ¥100 for children. I was only able to go twice, but I loved it each time. 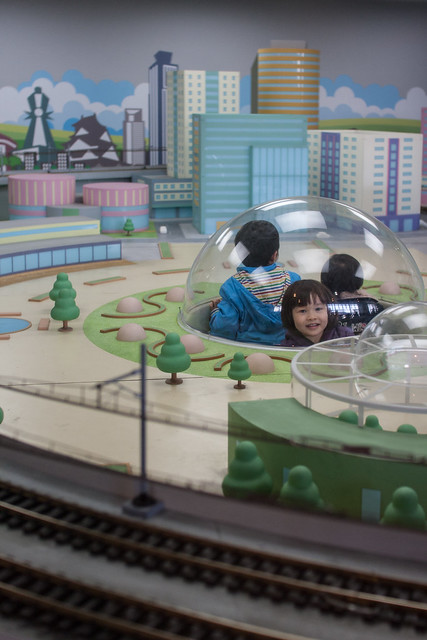 This September I had the opportunity to ride Japan's longest bus line.
The Yagi-Shingu Line #168 is a great adventure for anyone living or traveling around Japan. Check out the guide I made for it below.